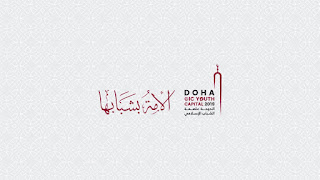 Young people acquire a wide creative energy that has been manifested in their artistic, literary, intellectual and cultural production in general. This has made a distinctive impact on the cultural activity in the Islamic societies and led to the promotion of cultural diversity, intellectual and artistic openness, creative interaction among artists and the dissemination of identity elements in their creations, so that communities preserve their identity since Youth is the power of the nation.

Therefore, the Islamic Cooperation Youth Forum, an international organization affiliated to the Organization of Islamic Cooperation, invites the youth of Islamic countries to participate in the Doha Youth Innovation Award, which will be distributed during the conclusion of Doha Capital of Islamic Youth, January 17, 2020. The Award aims at valuing the skills and creations in various artistic and creative fields for youth delegates, so as to contribute in the formation of youth experiences that would be able to engage in community development, and to work to develop these experiences.

Prizes: Jury committee will be formed to choose the best 5 films to be screened during the closing ceremony of Doha, Capital of Islamic Youth events on January 17, 2020. Only 3 films will be awarded:
Travel and Accommodation Expenses:
The host country will cover travel expenses to and from the participant’s country of residence as well as internal transportation, accommodation, and meals.

Disclaimer: the Islamic Cooperation Youth Forum and the Ministry of Culture and Sports in Qatar shall not be liable for any errors, inconvenience, omission, deletion, delay in operation or transmission, failure of communication lines, or unauthorised access to the registration forms.