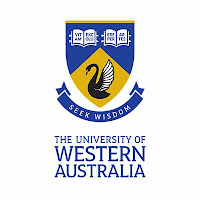 UWA was established in 1911 by an act of the Parliament of Western Australia, and began teaching students two years later. It is the sixth-oldest university in Australia, and was Western Australia's only university until the establishment of Murdoch University in 1973. Because of its age and reputation, UWA is classed one of the "sandstone universities", an informal designation given to the oldest university in each state. The university also belongs to several more formal groupings, including the Group of Eight and the Matariki Network of Universities. In recent years, UWA has generally been ranked either in the bottom half or just outside the world's top 100 universities, depending on the system used.

Alumni of UWA include one Prime Minister of Australia (Bob Hawke), five Justices of the High Court of Australia (including one Chief Justice, Robert French), one Governor of the Reserve Bank (H. C. Coombs), various federal cabinet ministers, and seven of Western Australia's eight most recent premiers. In 2014, the university produced its 100th Rhodes Scholar. Two members of the UWA faculty, Barry Marshall and Robin Warren, won Nobel Prizes as a result of research at the university.