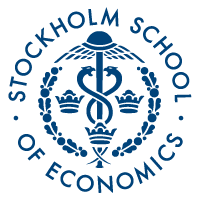 The Stockholm School of Economics, SSE is one of Europe's leading business schools. SSE offers BSc, MSc and MBA programs, along with highly regarded PhD- and Executive Education programs. SSE's Master program in Finance is ranked no.16 worldwide as of 2017. The Masters in Management program is ranked no. 33 worldwide by the Financial Times. QS ranks SSE no.26 among universities in the field of economics worldwide.

SSE is accredited by EQUIS and is a member of CEMS. SSE has founded sister organizations: SSE Riga in Riga, Latvia, and SSE Russia in St Petersburg and Moscow, Russia. It also operates the European Institute of Japanese Studies , a research institute in Tokyo, Japan.

The Stockholm School of Economics was founded in 1909 on private initiative as a response to rapid industrialization and a growing need for well educated businessmen and company managers and has maintained close ties with the business community ever since. The foundation followed a substantial donation in 1903 by Knut Agathon Wallenberg. The name handelshögskola (roughly "college of commerce") was a parallel to the German term Handelshochschule, used by a number of German institutions started in the years before, commencing with Handelshochschule Leipzig in 1898. The term högskola was at this time also established for specialised higher educational institutions outside the universities, such as the Royal Institute of Technology, (Kungl.) Tekniska högskolan, which bore that name from 1877.

While founded as a business school, the subject of economics featured prominently in the research and curriculum of the school from the beginning.

Ohlin was also a leading figure within the school of doctrine with the same name, the so-called Stockholm school; a group of leading Scandinavian economists influenced by Knut Wicksell, most of them active in Stockholm, either at the Stockholm School of Economics or the Stockholm University College. This school of doctrine was to have a profound influence on post-WWII Swedish economic policy and the development of the modern Scandinavian Welfare state. Heckscher and Ohlin jointly developed the so-called Heckscher-Ohlin theory, the standard international mathematical model of international trade. Bertil Ohlin received the Nobel Prize in Economics in 1977 (shared with British economist James Meade). Other prominent members of the Stockholm school were the Stockholm University professor Gustav Cassel, who developed standard economic theory of Purchasing power parity and economist Dag Hammarskjöld, Secretary-General of the United Nations in New York City, United States.

Benefits:
The scholarship covers the full tuition fee of 465.000 SEK + VAT and includes literature and teaching material. Additional expenses related to travels, food, accommodation or other boarding expenses are not included.

How to Apply:
Further questions regarding the scholarship or the SSE MBA Executive Format program, please do not hesitate to contact: