PhD/MA Scholarships for EU Countries at University of Limerick in Ireland, 2018 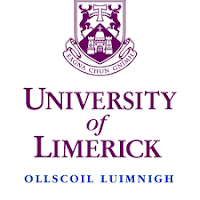 The university is along the River Shannon, on a 137.5-hectare (340-acre) campus with 46 hectares (110 acres) on the north bank and 91.5 hectares (226 acres) on the south bank, 5 kilometres (3.1 mi) from the city centre. It has over 11,000 full-time undergraduate students, including over 2,400 international students, and 1,500 part-time students. There are over 800 research postgraduates and 1,300 postgraduate students receiving instruction at the university. Its co-operative education ("co-op") programme gives all students an eight-month work placement as part of their degree, Ireland's first such programme.

Don Barry, a graduate of Yale University, was president of UL from 2007 to April 2017. He was succeeded by Desmond Fitzgerald, former vice-president of research at University College Dublin from 2004 to 2014, on 1 May 2017.

According to founding president Edward M. Walsh, the mayor of Limerick applied for a Queen's College in the city in 1845; however, Belfast, Cork and Galway were established instead. In 1908 there was an attempt to link the National University of Ireland and Mungret College, about five kilometres from Limerick. Mungret offered bachelor's- and master's-level courses in the faculty of arts, with degrees conferred by the Royal University of Ireland, from 1888 to 1908. The university was dissolved in 1909 and replaced by the National University of Ireland, marking the end of tertiary education at Mungret. Degrees were awarded to students at Mungret College by the NUI from 1909 to 1912 to accommodate students who had matriculated at the Royal University.

The campaign for a university in Limerick began in earnest by the late 1950s. The Limerick University Project Committee was founded in September 1959 by the mayor of Limerick in 1957, Ted Russell. Another supporter, Dermot Kinlen, was a High Court judge and the first state inspector general of prisons and places of detention. Russell and Kinlen received honorary degrees from the university in 2002.


Benefits:
The Faculty of Arts, Humanities & Social Sciences is offering a Dean’s Scholarship AHSS for PhD Research in any AHSS Department or School EU Fee Waiver plus a monthly stipend of €1,000 up to a maximum of three years.

How to Apply:
The mode of application is online.