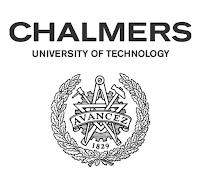 Chalmers University of Technology conducts research and offers education in technology, science, shipping and architecture with a sustainable future as its global vision. Chalmers is well-known for providing an effective environment for innovation and has 13 departments. Graphene Flagship, an FET Flagship initiative by the European Commission, is coordinated by Chalmers. Situated in Gothenburg, Sweden, Chalmers has 10,300 full-time students and 3,100 employees.
The university was founded in 1829 following a donation by William Chalmers, a director of the Swedish East India Company. He donated part of his fortune for the establishment of an "industrial school". Chalmers was run as a private institution until 1937, when the institute became a state-owned university. In 1994, the school was incorporated as an aktiebolag under the control of the Swedish Government, the faculty and the Student Union. Chalmers is one of only three universities in Sweden which are named after a person, the other two being Karolinska Institutet and Linnaeus University.

How To Apply:
Please apply through THIS LINK