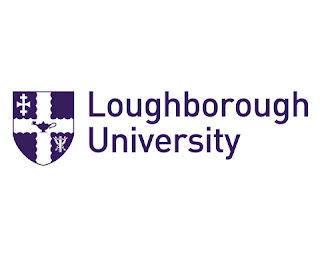 Loughborough University (abbreviated as Lough for post-nominals) is a public research university in the market town of Loughborough, Leicestershire, in the East Midlands of England. It has been a university since 1966, but the institution dates back to 1909, when the then Loughborough Technical Institute began with a focus on skills and knowledge which would be directly applicable in the wider world. In March 2013, the university announced it had acquired the former broadcast centre at the Queen Elizabeth Olympic Park which opened as a second campus in 2015. It was a member of the 1994 Group until the group was dissolved in November 2013. The annual income of the institution for 2016–17 was £293.7 million of which £43.3 million was from research grants and contracts, with an expenditure of £272.1 million.

Loughborough ranks particularly highly for engineering and technology and is noted for its sports-related courses and achievements. In 2013, the university won its seventh Queen's Anniversary Prize, awarded in recognition of its impact through research and skills development in High Value Manufacturing to create economic growth. The university is also rated five star for excellence by Quacquarelli Symonds through QS Star Scheme.

Applications are invited for up to seven fully funded studentships in the School of Social Sciences at Loughborough University. Studentships are open to the highly motivated and talented scholars able to extend the School’s reputation for excellent, adventurous, cutting-edge research.

International (non-EU/UK) students may apply however the total value of the studentship will be used towards the cost of the International tuition fee in the first instance.

The studentships are open to articulate, well qualified and highly motivated UK/EU graduates with backgrounds in relevant disciplines. The studentship provides a tax-free stipend of £14,777 per annum plus tuition fees at the UK/EU rate. International (non-EU/UK) students may apply however the total value of the studentship will be used towards the cost of the International tuition fee in the first instance. Studentships are for three years and all candidates will be expected to register for 1 October 2019.


UK/EU students are eligible to apply. International (non-EU/UK) students may apply however the total value of the studentship will be used towards the cost of the International tuition fee in the first instance.

You must contact the School before submission to discuss your proposal. As a research student, you will be provided with research skills training and support from internationally recognised academics.

Applicants should have or expect to achieve, at least a 2:1 honours degree (or equivalent international qualification) in the major subject of their research field or a related subject. A relevant master’s degree will be an advantage.

How to Apply:
All applications should be made online. Under programme name select ‘Communications and Media’, ‘Geography and Environment’, ‘Politics and International Studies’ or ‘Social and Policy Studies’. Please quote reference SOCSCI2019.