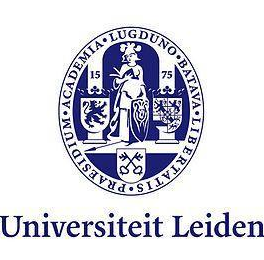 Leiden University, founded in the city of Leiden, is the oldest university in the Netherlands. The university was founded in 1575 by William, Prince of Orange, leader of the Dutch Revolt in the Eighty Years' War. The Dutch Royal Family and Leiden University have a close association: Queen Juliana, Queen Beatrix and King Willem-Alexander are former students. The university came into particular prominence during the Dutch Golden Age, when scholars from around Europe were attracted to the Dutch Republic due to its climate of intellectual tolerance and Leiden's international reputation. During this time Leiden was home to such figures as René Descartes, Rembrandt, Christiaan Huygens, Hugo Grotius, Baruch Spinoza and Baron d'Holbach.
Leiden University has seven faculties (six in Leiden and one in The Hague) and over 50 departments. The university is a member of the Coimbra Group, the Europaeum and the League of European Research Universities. Leiden University houses more than 40 national and international research institutes.

The Holland Scholarship at Leiden University is intended for talented international students who would like to follow an English-taught Bachelor’s programme.

Benefit:
One-off payment of € 5,000 – which you will receive after arrival in The Netherlands in your first year of studies.


Field of  Study:
For talented non-EEA students enrolling in one of the following English-taught Bachelor’s programmes: