Calls for Nominations for the 2019 Gwangju Prize for Human Rights, South Korea 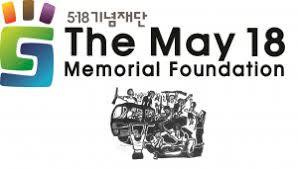 To promote the spirit of the May 18 Democratization Movement, in which the people of Gwangju resisted against brutal military forces for the sake of democracy and human rights in 1980, the May 18 Memorial Foundation recognizes the exemplary efforts of individuals and organizations aspiring to the restoration of justice and human rights in their respective countries through the Gwangju Prize for Human Rights Prize. Since 2000, the Foundation has been bestowing the ‘Gwangju Prize for Human Rights’ to individuals, groups and institutions in Korea and abroad that have contributed in promoting and advancing human rights, democracy and peace in their work.

SPGPHR is for an individual or an organization that has contributed to the promotion of democracy and human rights through cultural activities, journalism, and in academic fields.

These prizes are awarded by the citizens of Gwangju in the spirit of solidarity and gratitude to those who have helped them in their struggle for democratization and their search for truth. It is hoped that through this award, the spirit and message of May 18 will be immortalized in the hearts and minds of humankind.


Joint us on whatsapp, telegram, LINE
Benefit:
The May 18 Memorial Foundation is pleased to announce the call for 2019 nominations for the following Prizes:

The candidates eligible for the GPHR or SPGPHR are those persons or organizations nominated by a qualified individual or a qualified organization. A nomination of yourself will not be taken into consideration.