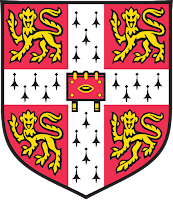 The fellowship program are calling for application that would be held in the School of the Physical Sciences (SPS) of the University of Cambridge, either in the Institute of Astronomy (IoA) or the Department of Physics or the Department of Applied Mathematics and Theoretical Physics (DAMTP) all located at the west cambridge site.


Requirement:
How to apply:
Online by clicking apply now at the link HERE