ANU PhD and MPhil Scholarships for Australian and International Students in Australia, 2018 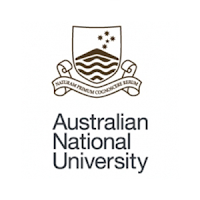 The Australian National University (ANU) is a national research university located in Canberra, the capital of Australia. Its main campus in Acton encompasses seven teaching and research colleges, in addition to several national academies and institutes. Founded in 1946, it is the only university to have been created by the Parliament of Australia. Originally a postgraduate research university, ANU commenced undergraduate teaching in 1960 when it integrated the Canberra University College, which had been established in 1929 as a campus of the University of Melbourne. ANU enrolls 10,052 undergraduate and 10,840 postgraduate students and employs 3,753 staff. The university's endowment stood at A$1.13 billion in 2012.

ANU counts six Nobel laureates and 49 Rhodes scholars among its faculty and alumni. The university has educated two prime ministers, 30 current Australian ambassadors and more than a dozen current heads of Government departments of Australia.


Following this, there is often a University level ranking committee that ranks applicants put forward by the College to reach a final ranked list of applicants.

How to Apply:
Once, you have secured a potential supervisor you can officially apply for admission through the ANU Apply Online portal. The portal will advice on the proper documentation required for your application.

If you have any technical difficulties when applying you should contact the Admissions Office:

After you have completed your application, the normal timeframe for an outcome is four to six weeks. If you are applying for an ANU administered scholarship, in order for us to prepare your application as best as possible you should try to aim to submit your application well in advance of the final closing deadline (2 to 3 weeks prior to the deadline). If you are applying for an externally administered scholarship such as the Endeavour Awards, you should apply well in advance of your deadline (try to leave at least 6 to 8 weeks prior to the deadline).