MSc TESOL Scholarship for UK and EU Students at University of Edinburgh in UK, 2018-2019 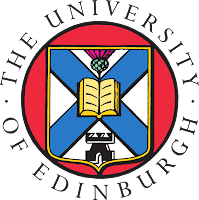 Edinburgh receives approximately 60,000 applications every year, making it the second most popular university in the UK by volume of applications. After St Andrews, it is the most difficult university to gain admission into in Scotland, and 9th overall in the UK.

Benefits:
Each award is worth £4,000 which will be paid directly towards programme fees.