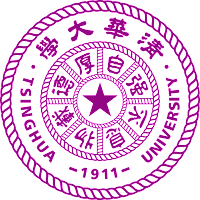 Tsinghua University is a research university located in Beijing and a member of the C9 League of Chinese universities. With its motto of Self-Discipline and Social Commitment, Tsinghua University is dedicated to academic excellence, the well-being of Chinese Society, and global development. Tsinghua is ranked as one of the top academic institutions in China and Asia, and 14th worldwide in the 2017 Times Higher Education World Reputation Rankings. Since 2015, Tsinghua has been ranked as the best engineering and computer science school in the world, based in part on its total research output and performances, topping both Massachusetts Institute of Technology (MIT) and National University of Singapore (NUS).

In the aftermath of the Boxer Rebellion, American Secretary of State John Hay suggested that the US $30 million plus Boxer indemnity paid by China to the United States was excessive. After much negotiation with ambassador Liang Cheng, President Theodore Roosevelt obtained congressional approval in 1909 to reduce the Qing dynasty indemnity payment by US$10.8 million, on the condition that these funds would be used as scholarships for Chinese students to study in the United States. Using this fund, the Tsinghua College was established in Beijing, on 29 April 1911 on the site of a former royal garden, to serve as a preparatory school for students to be sent by the government to study in the United States. The faculty members for sciences were recruited by the YMCA from the United States and its graduates transferred directly to American schools as juniors upon graduation. In 1925, the school established its College Department and started its research institute on Chinese studies.

In 1928, Tsinghua changed its name to National Tsing Hua University (NTHU). During World War II in 1937, Tsinghua University along with Peking University and Nankai University, merged to form Changsha Temporary University in Changsha, and later National Southwestern Associated University in Kunming of Yunnan province. After the war, Tsinghua moved back to Beijing and resumed its operations.

After the communist revolution at the end of the Chinese Civil War in 1949, which led to the creation of the People's Republic of China (PRC), Tsinghua University's then President Mei Yiqi, followed by many professors, fled to Taiwan where they established the National Tsing Hua Institute of Nuclear Technology in 1955, which later became National Tsing Hua University of Taiwan.

In 1952, the Chinese government regrouped the country's higher education institutions in an attempt to build a Soviet style system, with individual institutions tending to specialize in a certain field of study. When the Cultural Revolution began in 1966, many university students walked out of the classrooms, and some went on to be part of the Red Guards, resulting in the complete shutdown of the university. It was not until 1978, after the Cultural Revolution had ended, that the university began to take in students again. Even so, Tsinghua University remained in the top tier of schools in China.


All the applicants must have strong English language skills. If the native language of the applicant is not English then the following test scores are acceptable:

Benefits:
These scholarships will be including:


How to Apply:
The mode of applying is online.