Master Scholarships for International Students at Lancaster University in UK, 2018 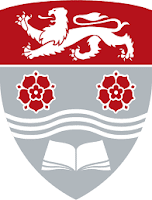 The university was initially based in St Leonard's Gate in the city centre, until moving to a purpose-built 300 acres (120 ha) campus at Bailrigg in 1968. The campus buildings are arranged around a central walkway known as the Spine, which is connected to a central plaza, named Alexandra Square in honour of its first chancellor, Princess Alexandra.

Lancaster is one of only six collegiate universities in the UK; the colleges are weakly autonomous. The eight undergraduate colleges are named after places of interest in the North West of England, and have their own campus residence blocks, common rooms, administration staff and bar.

It is currently one of only nine universities to be ranked in the top 10 across all national league tables of UK universities. Lancaster was also awarded University of the Year by The Times and Sunday Times Good University Guide (2018) and it holds its highest ever institutional ranking of 6th place within the guide's national table. The annual income of the institution for 2016–17 was £267.0 million of which £37.7 million was from research grants and contracts, with an expenditure of £268.7 million.

Along with the universities of Durham, Leeds, Liverpool, Manchester, Newcastle, Sheffield and York, Lancaster is a member of the N8 Group of research universities. Elizabeth II, Duke of Lancaster, is the visitor of the University. The current chancellor is Alan Milburn, since 2015.

How to Apply:
University will automatically consider students for the above awards as part of their standard Masters Application process, and if you are awarded a scholarship we will be in touch with you directly. The successful recipients will be hand-selected by our admissions team, based on strength of application and deserve for it.

Deadline:
University recommends applying for Masters as soon as possible, to ensure the best chance of receiving a scholarship.