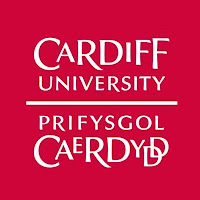 Cardiff University is a public research university in Cardiff, Wales, United Kingdom. Founded in 1883 as the University College of South Wales and Monmouthshire, it became one of the founding colleges of the University of Wales in 1893, and in 1997 received (but held in abeyance) its own degree-awarding powers. It merged with the University of Wales Institute of Science and Technology (UWIST) in 1988. The college adopted the public name of Cardiff University in 1999, and in 2005 this became its legal name when it became an independent university awarding its own degrees. It is the third oldest university institution in Wales. The university is composed of three colleges: Arts, Humanities and Social Sciences; Biomedical and Life Sciences; and Physical Sciences and Engineering.

Cardiff is the only Welsh member of the Russell Group of research-intensive British universities. The university is consistently recognised as providing high quality research-based university education and is ranked between 100 and 200 in the world by the four major international rankings, and in the top 50 in all three UK tables. It was ranked 5th in the UK amongst multi-faculty institutions for the quality (GPA) of its research and 17th for its Research Power in the 2014 Research Excellence Framework. For 2016-17, Cardiff had a turnover of £503.8 million, including £101.2 million from research grants and contracts.

The university has an undergraduate enrolment of 23,085 and a total enrolment of 31,595 (according to HESA data for 2016/17) making it one of the ten largest universities in the UK. The Cardiff University Students' Union works to promote the interests of the student body within the University and further afield. The university's sports teams compete in the British Universities and Colleges Sport (BUCS) leagues.

Benefits:
The Cardiff Business School Don Barry MBA Scholarship is a £10,000 award applied to your first year of study only.