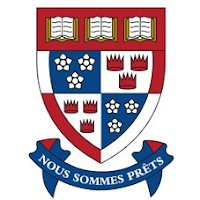 Simon Fraser University (SFU) is a public research university in British Columbia, Canada with campuses in Burnaby (Main Campus), Surrey, and Vancouver.
The 1.7 km2 (0.66 sq mi) Burnaby campus on Burnaby Mountain, located 20 km (12 mi) from downtown Vancouver, was established in 1965 and comprises more than 30,000 students and approximately 950 faculty members. Undergraduate and graduate programs at SFU operate on a year-round tri-semester schedule and it is the only Canadian university competing in the National Collegiate Athletic Association (NCAA). SFU is the first Canadian research university with U.S. accreditation (earning it in 2016) and is accredited by the Northwest Commission on Colleges and Universities.
SFU is consistently ranked as one of the top comprehensive universities in Canada, placing first in Maclean's annual University Rankings in 1993, 1996–1998, 2000, 2008–2013, 2015-2017. To date, SFU faculty and alumni have won 43 fellowships to the Royal Society of Canada, three Rhodes Scholarships and one Pulitzer Prize.

Benefits:
There are two types of scholarships will be awarded: