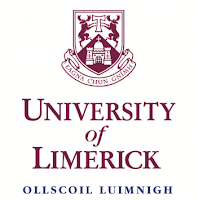 The University of Limerick (UL)  is a university in Limerick, Ireland. Founded in 1972 as the National Institute for Higher Education, Limerick, it became a university in 1989 in accordance with the University of Limerick Act 1989. It was the first university established since Irish independence in 1922, followed by the establishment of Dublin City University later the same day.
The university campus lies along both sides of the River Shannon, on a 137.5-hectare (340-acre) site with 46 hectares (110 acres) on the north bank and 91.5 hectares (226 acres) on the south bank, 5 kilometres (3.1 mi) from the city centre. It has over 11,000 full-time undergraduate students, including over 2,400 international students, and 1,500 part-time students. There are over 800 research postgraduates and 1,300 postgraduate students receiving instruction at the university. Its co-operative education ("co-op") programme gives all students an eight-month work placement as part of their degree, Ireland's first such programme.
Following founding president Edward M. Walsh, Roger Downer and John O'Connor, statistician Don Barry, a graduate of University College Cork (UCC) and Yale University, was president of UL from 2007 to April 2017, and was succeeded by Desmond Fitzgerald, who had been vice-president of research at University College Dublin from 2004 to 2014.

The competition is open to prospective students who aim to enrol in early 2019 for full-time study as well as those who have registered in the current academic year, and will cover fees to EU-level and a stipend of €1,000 per month. Scholarship holders will be expected to take on some formative academic duties in the relevant department in addition to pursuing their doctoral studies.

How To Apply:
Please Apply through This Link