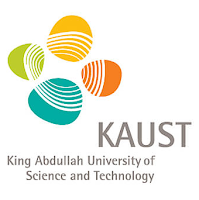 King Abdullah University of Science and Technology (KAUST) is a private research university located in Thuwal, Saudi Arabia. Founded in 2009, the University provides research and graduate training programs in English as the official language of instruction.
KAUST is the first mixed-gender university campus in Saudi Arabia. In 2013, the University was among the 500 fastest growing research and citation records in the world.[4] In the 2016 Nature Index Rising Stars, the University ranked #19 in the world of the fastest rising universities for high quality research output.
KAUST officially opened on September 23, 2009 at an inauguration ceremony, where King Abdullah Bin Abdulaziz Al Saud gave a speech where he stated that places like the University that "embrace all people are the first line of defence against extremists". The University initially received a $10 billion endowment. Upon opening, the University admitted 400 students from over 60 countries and 70 faculty. The campus also was home to Shaheen, Asia's fastest supercomputer.
​Yes. KAUST encourages students seeking to earn graduate degrees from Saudi Arabia and around the world to apply. Admission to KAUST is merit based. The University currently hosts students from over 60 countries and has received applications from students attending more than 220 universities around the world.


How to Apply (Scholarship):


How to Apply (Admission):
Admission Website:
The Office of Admissions is excited to share its new website. Take a look around and explore the admission process at admissions.kaust.edu.sa