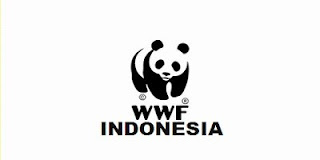 In order to support efforts to tackle climate change through reducing greenhouse gas emissions, WWF-Indonesia, with the support of the German government, initiated a Carbon Emission Consumption Pattern and Production Development program that aims to incorporate sustainable consumption and production principles into policy, business and community movements.

WWF-Indonesia targets changes at the community level through awareness raising and increasing understanding of the community as consumers, regarding the practice of responsible consumers. This is done by perfecting the 'Buy a Good' campaign that has been initiated by WWF-Indonesia since 2015. Through a process of consultation with strategic communication consultants, a new Good Buy campaign strategy is produced with six main 'Beli yang Baik' derivative messages, namely: Beli Yang Perlu, Beli Yang Lokal, Beli Yang Alami, Beli Yang Awet, Beli Yang Ekolabel, Mau Dibawa Kemana

Along with the development of social media technology, video is one of the most popular sources of information for netizens and most easily gets public attention in general. Therefore, WWF-Indonesia chooses audio visual as an effective communication material to convey messages and educate the public to expand and increase understanding of responsible consumption.

WWF-Indonesia in collaboration with MondiBlanc Film Workshop initiated the implementation of the "Short Film Scholarship Competition: Good Buy Campaign" which aims to invite public participation to produce works of art while contributing to efforts to protect biodiversity. Ten selected participants will have the opportunity to study film-making techniques from a number of Indonesian film experts, including mentoring from a number of film practitioners from various genres.

The debriefing activity will be conducted in a 1 week workshop session where participants will develop the idea of ​​the story into a script which will then be produced into a short film.
At the end of the workshop, the best story script will get the grand prize in the form of cash and the results of his work produced by WWF-Indonesia will be a 'Beli yang Baik' campaign video which will be disseminated nationally across WWF-Indonesia's communication channels and partners who support the campaign 'Beli Yang Baik'.
How to Apply:
For those of you who are interested in registering as candidates for this short film scholarship, you can follow the terms and conditions below: