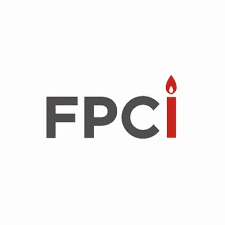 Foreign Policy Community of Indonesia has the pleasure to once again host our annual essay competition for Indonesian students, Write To China. Under the official name of China-Indonesia Youth Exchange Program, this project is trilateral cooperation between Foreign Policy Community of Indonesia (FPCI), Embassy of the People’s Republic of China, and Fujian Provincial Government. Write To China was first initiated in 2016, which began as an essay competition for Indonesian students and provided a trip to China as its main prize. However, since 2017, the program became a youth exchange program between both Indonesian and Chinese students – visiting both cities of the Fujian province as well as major cities in Indonesia. The China-Indonesia Youth Exchange Program purposes to strengthen people-to-people diplomacy between Chinese and Indonesian youth aged between 18 to 24 years old. The program lasts for three weeks in both countries, making an intense and conducive interaction among participants.

To participate in this youth exchange program, FPCI and the Chinese Embassy in Jakarta will select 20 winners with the best essays under this year’s theme, 70 Years of Friendship: Celebrating China-Indonesia Bilateral Relations. The essays should be:

Benefit:
The winners will be entitled for: