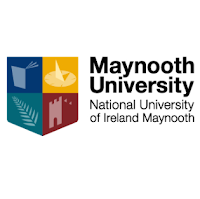 Please send a current CV, indicating your research experience and including two academic references, a research proposal (limited to three pages), a letter of intent, and a sample of your writing (essay, chapter from dissertation, article, etc.) to Professor Linda Connolly, Chair of the Maynooth University Athena SWAN Steering Group and Director of the Maynooth University Social Sciences Institute, via email to mussi@mu.ie
The letter of intent should be limited to two pages and it should outline: