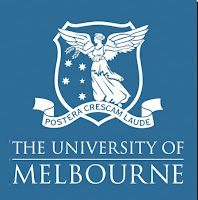 The University of Melbourne is a public research university located in Melbourne, Australia. Founded in 1853, it is Australia's second oldest university and the oldest in Victoria.[8] Melbourne's main campus is located in Parkville, an inner suburb north of the Melbourne central business district, with several other campuses located across Victoria.


Benefits:
Up to $56,000
This scholarship provides either a:

Requirements:
To be eligible for this scholarship, you need to:

How to Apply:
You do not need to submit an application for this scholarship. All eligible students who have received an unconditional offer for admission to an undergraduate degree will automatically be considered.
Apply For Bachelor Degree HERE