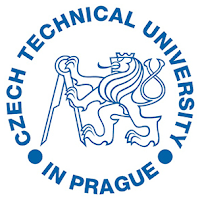 Czech Technical University in Prague is one of the largest universities in the Czech Republic, and is one of the oldest institutes of technology in Central Europe. It is also the oldest non-military technical university in Europe and the best technical university in the Czech Republic.In the academic year 2017/18 Czech Technical University offered 128 degree programs in Czech and 87 in English.
It was established as the Institute of Engineering Education in 1707, but not as a tertiary university but only secondary education (high school), by Emperor Joseph I as a response to Christian Josef Willenberg's petition addressed to preceding emperor Leopold I. In 1806 the institute of Engineering Education was transformed into Prague Polytechnical Institute (or Prague Polytechnic), when the university studies began. After the disintegration of the Austro-Hungarian Empire, the name of the school was changed in 1920 to the Czech Technical University in Prague.

Requirements:
Applicants should have a PhD in mathematics or theoretical physics (or equivalent) obtained preferably after January 1, 2014. They must show strong research promise in at least one of the following research domains: ◦ Schr¨odinger operators; ◦ Jacobi and other structured matrices, orthogonal polynomials; ◦ spectral theory; ◦ partial diﬀerential equations; ◦ geometric analysis. An experience in the project topic area is an advantage but not necessary.

Benefits:
The gross salary is approximately 45000 CZK monthly before tax. There are no teaching duties associated with the position.