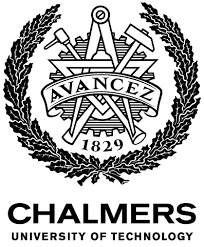 Apply at the Chalmers IPOET Scholarships 2019 in Sweden for International Students. Chalmers will be offering around 50 IPOET scholarships in 2019, funded by the Swedish Council for Higher Education, to prospective fee-paying students. The scholarships are administered and awarded by Chalmers.
The purpose of the Scholarship programmes administered by Chalmers is to make it easier for particularly excellent fee-paying students to study at Chalmers. It is also an ambition to attain a good distribution in terms of the scholarship awardees’ educational background (i.e. Universities and countries in which the awardees’ bachelor’s degrees were issued). All scholarships administered by Chalmers are awarded based on the relative merit value attained by the eligible scholarship applicants. The purposes of the scholarship programmes, as outlined above, are naturally also taken into consideration when the scholarships are awarded.
The selection is based on the applicants’ relative academic excellence, which primarily includes weighted average grade but also home university’s stature (including position on global ranking lists) and priority order of the application for Chalmers Master’s programmes.
Unrestricted – all of the current Master’s programmes at Chalmers.
Chalmers University of Technology conducts research and offers education in technology, science, shipping and architecture with a sustainable future as its global vision. Chalmers is well-known for providing an effective environment for innovation and has 13 departments. Graphene Flagship, a FET Flagship initiative by the European Commission, is coordinated by Chalmers. Situated in Gothenburg, Sweden, Chalmers has 10,300 full-time students and 3,100 employees.

How to Apply:
Visit HERE for more information to apply