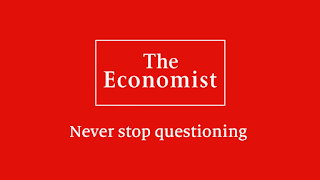 THE ECONOMIST’s Open Future initiative was begun last year to make the case for political, economic and social freedoms at a time when these values are under assault. They want this exploration of ideas to involve their critics as well as their supporters. As part of the initiative they are holding an essay contest.

The essay question is:

What fundamental economic and political change, if any, is needed for an effective response to climate change?

Description:
For decades the world has been aware that human activity is heating up the planet to dangerous levels, with potentially calamitous consequences. Despite efforts by government, business and individuals to curtail the trend, carbon emissions are still rising. Perhaps new thinking is needed, since previous attempts to deal with the problem have failed. So what might be done?

Prizes The prize for the winner will be an invitation to one of The Economist’s Open Future events to be held on October 5, 2019 and at venues in Hong Kong, Manchester and Chicago. This will include an economy-class flight for the winner, if required to get to the relevant event, and hotel accommodation for at least two nights. The Economist will determine in its sole discretion which Open Future event location to award to the winner.

How to Apply:
Entries must be submitted as plaintext in the body of an email addressed to OpenFuture@Economist.com, with the subject line: “Open Future essay competition”. Note: File attachments are not allowed and will not be opened.