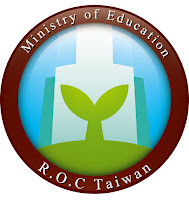 The purpose of this program is to encourage international students (Mainland China, Hong Kong, Macao SAR students are not eligible) to undertake Huayu courses in the Republic of China (Taiwan); in order to provide them with opportunities to increase their understanding of Taiwanese culture and society, and to promote mutual understanding and interactions between Taiwan and the international community.

Benefit:
A Monthly stipend of 25,000 NTD. with no other stipend.

Payment Procedures
Mandarin Language Centers should follow the schedule and procedures stated below to request reimbursement and verification from the agencies appointed by the MOE.


Requirement:
International applicants above the age of 18, who possess a high school diploma or above, have shown excellent academic performance, and are of good moral character are eligible.

Candidates with one of the following qualifications may not apply:

How to Apply:
Applicants need to submit the following documents to local embassies or missions before the announced deadline (In principle, the yearly application period is from February 1st through March 31st. However, the actual application period will be in accordance with the general regulations of the local Taiwan Representive Offices).