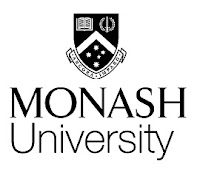 Monash University (/ˈmɒnæʃ/) is a public research university based in Melbourne, Australia. Founded in 1958, it is the second oldest university in the State of Victoria. Monash is a member of Australia's Group of Eight, a coalition of Australia's eight leading research Universities, a member of the ASAIHL, and is the only Australian member of the M8 Alliance of Academic Health Centers, Universities and National Academies. Monash is one of two Australian universities to be ranked in the École des Mines de Paris (Mines ParisTech) ranking on the basis of the number of alumni listed among CEOs in the 500 largest worldwide companies.

The university has a number of campuses, four of which are in Victoria (Clayton, Caulfield, Peninsula, and Parkville), and one in Malaysia. Monash also has a research and teaching centre in Prato, Italy, a graduate research school in Mumbai, India and a graduate school in Suzhou, China. Since December 2011, Monash has had a global alliance with the University of Warwick in the United Kingdom. Monash University courses are also delivered at other locations, including South Africa.

How to Apply:
Please apply this scholarship through THIS LINK