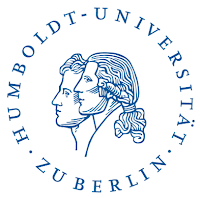 The Humboldt University of Berlin is a university in the central borough of Mitte in Berlin, Germany. It was established by Frederick William III on the initiative of Wilhelm von Humboldt, Johann Gottlieb Fichte and Friedrich Ernst Daniel Schleiermacher as the University of Berlin (Universität zu Berlin) in 1809, and opened in 1810, making it the oldest of Berlin's four universities. From 1810 until its closure in 1945, it was named Friedrich Wilhelm University (German: Friedrich-Wilhelms-Universität). In 1949, under Eastern Bloc rule, it was reopened and for this occasion renamed "Humboldt University of Berlin" (Humboldt-Universität zu Berlin).
The university is divided into nine faculties, including its medical school shared with the Free University of Berlin, has a student enrollment of around 32,000 students, and offers degree programmes in some 189 disciplines from undergraduate to postdoctorate level. Its main campus is located on the Unter den Linden boulevard in central Berlin. The university is known worldwide for pioneering the Humboldtian model of higher education, which has strongly influenced other European and Western universities, and the university has been widely called "the mother of all modern universities."

As an international and multi-disciplinary organisation, EuroSEAS invites scholars and PhD students from all academic disciplines with an interest in Southeast Asia to submit panels that explore relevant research topics from an interdisciplinary perspective as well as discuss theoretical and methodological aspects of research generated in the field of Southeast Asian Studies.